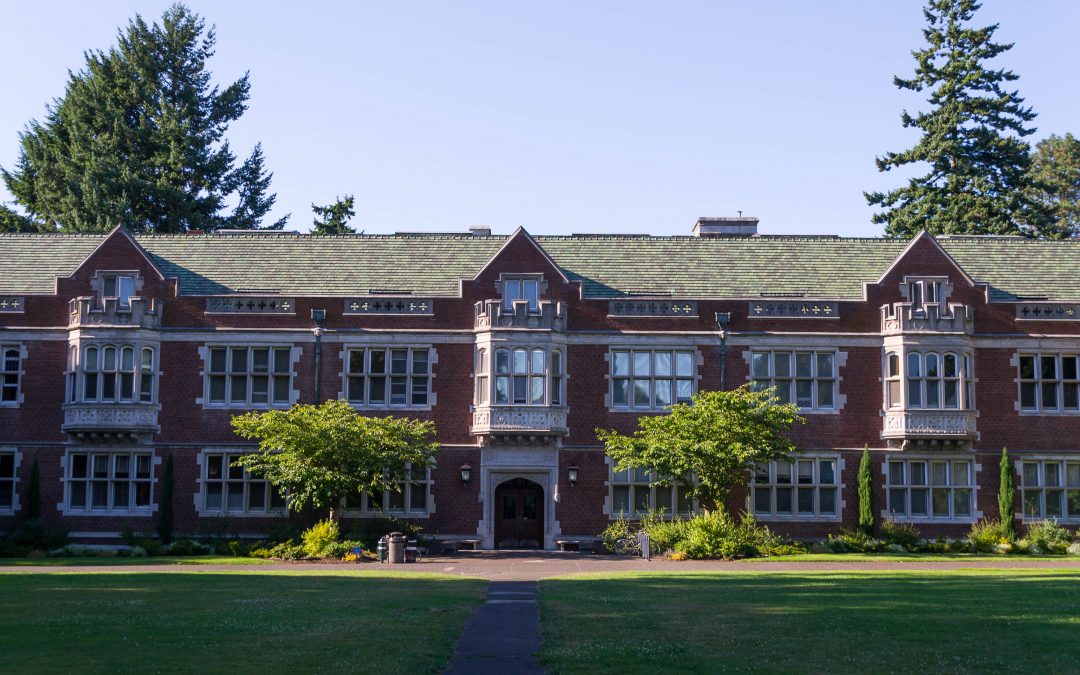 If you consider yourself a “liberal nerd,” Reed College could be a great fit for you. (Students looking to join a fraternity and/or play football should probably look elsewhere.)

If you’ve been eyeing some of the most well-known and prestigious colleges, you might be unimpressed that Reed comes in at #82 on the latest U.S. News and World Report rankings of liberal arts colleges. But if you look at which schools have the highest percentage of graduates who go on to earn a Ph.D., Reed is in the top three nationwide in life sciences, psychology, physical sciences, humanities and social sciences.

By the way, there are lots of reasons why you shouldn’t rely on popular national rankings lists:

But back to Reed. Its former president Colin Diver described how Reed rejected the USNWR system and asked to be removed from the list – but simply got pushed down in the rankings instead. Nevertheless, the number and quality of Reed applicants has increased since then.

Imagine a beautiful campus a stone’s throw from Portland, Oregon with 1,400 students in a 9:1 student-faculty ratio. (It’s a great region if you love the outdoors.) Most incoming students were in the top 10% of their HS class, and their average GPA is 3.9. Thirty-five percent of applicants are accepted, and 88% of freshmen return sophomore year.

Reed might seem custom-made for students like you. Reed bills itself as “unconventional and progressive”; the Fiske Guide describes it as “mixing nonconformist students with a traditional and rigorous curriculum.” All of the courses are taught by professors (not graduate students), and you will complete a research-based thesis. If you choose to pursue both liberal arts and a STEM field, you can get a combined B.A./B.S. (two degrees) in five years by spending three years at Reed and two years at Caltech, Columbia or Rensselaer. Some of the hands-on science opportunities include working on a nuclear reactor and participating in an exchange program with Woods Hole Oceanographic Institution.

Tuition is close to $54,000 with the total cost of attendance around $70,000/year, but Reed is committed to meeting 100% of demonstrated need. Most students receive some aid (the average package is over $43,000), and students graduate with an average debt under $20,000.